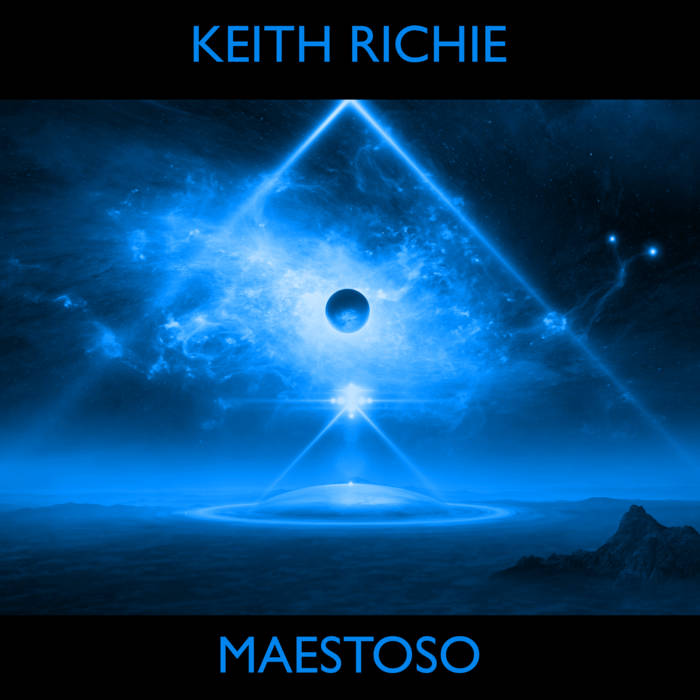 This piece of music has a bit of an interesting background.  You see, this was one of those pieces of music I would pop open from time to time and play with, but for MONTHS it just wasn't going anywhere.  As usual, I would pop it open, play around with a few more ideas... but things just were not clicking, so I would put it to bed over and over.

Then one day during a live stream, I was sampling works in progress to those listening and watching and when I loaded this puppy up and played it for a bit, someone said "Hey, I like that... you need to bring that to the front of your "work in progress" queue!".

This was about the time I was secretly working on my side project binarywaste, so I wondered if it might be fitting within that project, and perhaps what it needed was some guitar work applied to it.  So I threw it at Ray and said, "See what you can come up with for this.  I think I want to include it on our debut binarywaste album".

As it progressed, and the sound of binarywaste was more solidified we all kind of agreed the same thing, and that was... "This is turning out to be a great tune, but it just doesn't fit the model for binarywaste".

Of course we didn't want to just throw it away, so we decided to release it as a single under my name and featuring the awesome work that Ray did for the track.

Additionally, it needed a name.

I've used the name Maestoso for quite a few years after creating my space music album The Maestoso Interstellar Suite.  Maestoso is a musical term that means "Majestic".  I had never officially used it as a stage name until we started the binarywaste project.  I did this as we agreed Ray would use the stage name of cipher for binarywaste.  Cipher was fitting as I was introducing new element into my workflow with his guitar work, and our debut single for that project was named so, to not only introduce the project, but him as well.  So it (at the time) made sense to include a track called maestoso as well.

However, as I mentioned above.. it didn't mold that well into what we want for binarywaste, but it certainly doesn't suck :) So I just kept the name as well for this single released under my solo project.

If I had to classify a genre for this song, I would say it possibly falls into the Dream Pop category.

But I've babbled enough! Go check out Maestoso now by clicking this link to it on Bandccamp, and let me know what you think!

Have an awesome day!