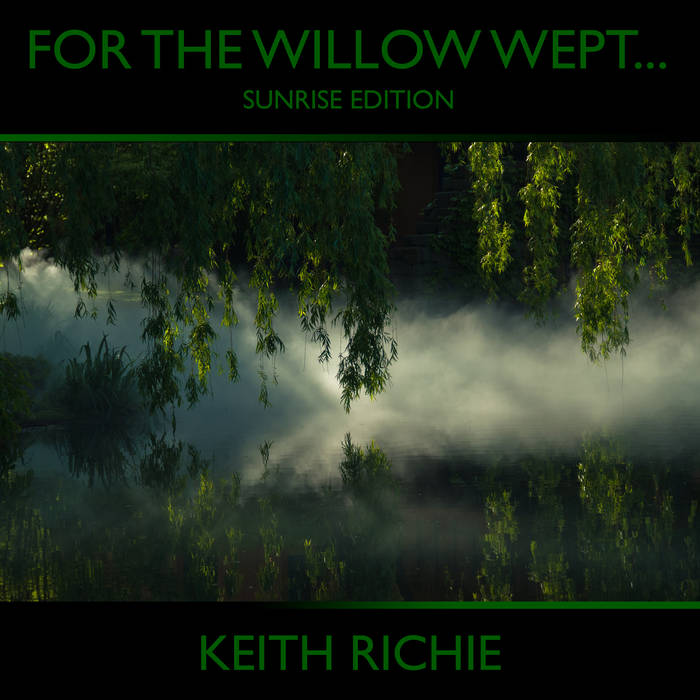 For The Willow Wept... (Sunrise Edition)

This edition of my album For The Willow Wept…, holds a special place in my heart. The original version of the album was released in 2012, however it took me 4 years to get to that point.

During those 4 years before its release, I was living on an emotional roller coaster and I found it extremely difficult to try to sit and compose new music. When I did, I would play a few notes; jot down an idea; replace a couple of voices in a song and then walk away after only about 10-15 minutes. It would then be weeks or months before I had enough courage to try it once again. There were way too many things going on in my life at the time, and I found it extremely difficult to concentrate on music. When I finally did return to it, I would fall into a deep depression. Suffice it to say, that’s probably why the album floats between highs and lows throughout.

In late 2011 and early 2012, I began to take back control of my life and myself. I reminded myself what my true passions were and found encouragement from others. I managed to assemble the songs I had worked on, and place them in a proper order for an album.

I had only 6 tracks together so I was looking at releasing an EP, but knew that I wanted to release a whole album since it had been 4 years since I released my last. I had enough feedback from fans about Sea Dragon, that I decided to write a Reprise version of it to end the album with, but that only got me to 7 tracks, and quite honestly, the reprise was just the same song twice, with a different intro and outro.

And then I found my inspiration again. I had a song I was working on, but it just was NOT making any sense, until one day things just clicked. I liked the song and the name that I gave it so much, that I decided to name the album with a similar name. The song was “For the Willow Weeps underneath the Stormy Skies”, and through someone very close to my heart, I found my inspiration once again.

I released the original version of For the Willow Wept.. around June of 2012, but knew I would eventually return to it to expand upon the idea, and extend the number of songs into a proper album.

After a few years or renewed vigor for my music, and honing my craft, I finally decided to dive back in to what I consider one of my more moving albums. I re-mastered the original tracks, removing the two versions of Sea Dragon and leaving only the “Reprise” version on this release. I also composed 3 more songs that are included to flesh it out as a full-length album.

This album for me represents overcoming your burdens, and emotional strife, and reaching for your dreams. Only you can control your own destiny, and it’s up to you to stand tall just move forward.

Life is full of highs and lows, you must remember that the lows will eventually go away. It’s important to stay strong and persevere.

You yourself may be experiencing dark times, but just remember the sun will rise.

I dedicate Sunrise Edition of For the Willow Wept... to Kayla, who has shown me what true happiness is all about. She is my sunrise, my Willow.