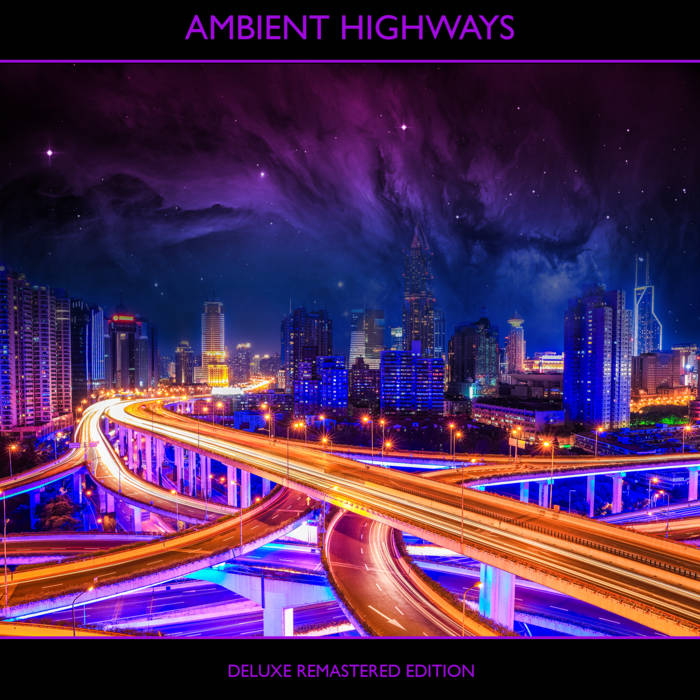 Sean McDonough Ambient Highways envelops me in sound and takes me to distant locations from the comfort of my office chair. Keith created something special with this one, and it scratches an itch I didn't know I had. The tracks all work together to create the effect, but the true masterpiece, in my opinion, is the title track "Ambient Highways." When I first heard it, I found it intriguing ... and then it began to grow on my and occupy space in my mind. It draws you in! Favorite track: Ambient Highways.

The 2020 Deluxe Remastered Edition of Ambient Highways contains updated and re-mastered versions of the songs from the 2015 release as well as 3 bonus tracks all in 24bit. A fan favorite loved by many, and I’m proud to present this all new version of the album with you.

From the original 2015 release:

The Multi award winning album Ambient Highways represents some of the best music yet by electronic musician Keith Richie.

Starting with Neutrino and its particle like sequences that rise and fall throughout the track and then being thrown immediately into a 1940's noir like state with V Feeling (a homage to the classic Greek composer Vangelis), you won't feel as if this album is repetitive at all.

The album’s title song Ambient Highways comprises lush pads and a soft melody surrounding the listener in a blanket of symphonic electronica.

Additional songs on this release range from a melancholy like feeling to an exuberant state in their overall composition yet pulls the listener through theses emotions with the albums crescendoing track Keeping The Dream Alive.

“An amazing headphone experience that transpires like a personal sojourn of self-reflection and external wonder, ‘Ambient Highways’ has quickly become a personal favorite of mine. “ - Candice Michelle / Journeyscapes Radio

"The music creates a highly ‘visual’ and hypnotic experience achieving an inner clarity of thought processes transporting the listener to a level of serene contemplation. These songs use a soothing and subtle harmonic texturing of sounds in the intention of establishing a central mood carefully enriched through delicate rises in tone, with perfectly sequenced breakdowns." - Robbie Tee of Jamsphere

"Every now and then a piece of music drifts into my life that moves me . The latest album by Keith Richie is titled "Ambient Highways" and the title track I first heard on Bruce Gall's Atmospheres show TOTALLY moved me, a tremendous piece of work in my opinion. Well done Keith Richie" - Gazz Collins

"…the overall result of the songs and the layout of Ambient Highways has resulted in a very relaxing and thoroughly excellent experience. Each song building on the last progressively throughout the album as it plays, the music continually finds itself to a wide-array of energies and emotions and never loses the listener by becoming ‘over-ambient.’ Through a massive presence & subtle personality to each of these creations, Ambient Highways retains a charming & captivating magic all the way through. Entirely enjoyable." - Jer@SBS